HomeFeatures10 For the Next 10: Geoffrey Camp
FeaturesIn Print 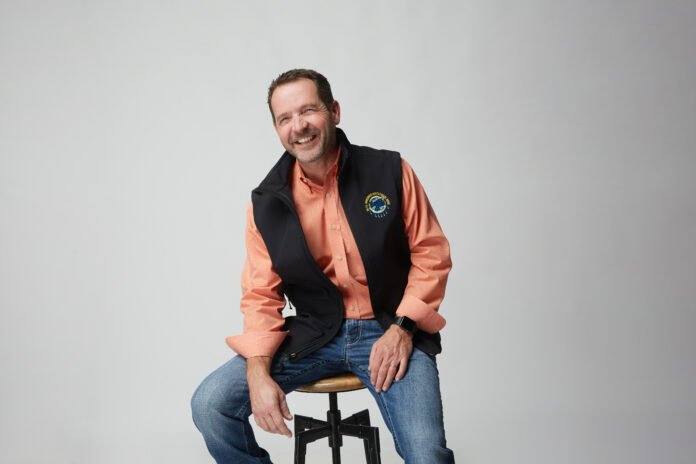 Oklahoma’s aerospace industry – known nationally as an aircraft maintenance hub – could coast on its current successes for the next half century and be just fine, or so said Geoffrey Camp, the Oklahoma state director of aerospace and defense.

“We can do this with our eyes closed and our hands tied behind our back,” he said. “We could do that for the next 50 years.”

But then, the aerospace industry – currently gaining ground to becoming Oklahoma’s largest industry, surpassing oil and gas – would no longer be dominant, in fact it would be all but gone.

“As a whole, if you take a look around at all the all that is maintained, none of those weapons will be in use in 30 or so years,” he said. “Twenty six of the 27 weapon systems will no longer be maintained in 30 years or less. For us, we could retire and be fine. What that means to our kids or our grandkids is that they are screwed. They really are.”

Saying our grandkids are screwed isn’t the rosy picture of the aerospace industry that the Chamber crowd likes to taunt. So, where’s the disconnect?

That’s what Camp is solving. A little background: He is a self-proclaimed Air Force brat who grew up and also served in the Air Force. He made his way to state government after several decades in the aerospace private sector at companies like NORDAM and General Electric as well as some small businesses focused on aerospace maintenance, repair and overhaul.

“There is a chance for me to impact some change for the state,” he said. “We’ve got to change some things. I showed up and I found out I had lots of partners who thought the same way as me. There is a big change coming and we’ve got to get ready for it.”

His plans include both luring new companies and streamlining existing ones, and with the momentum in the industry, he said, those wins are coming.

“The most noticeable thing I’ve been able to do – with my team – is manage to really bring home some quality wins to the state in terms of companies,” he said. “We have some really exciting new companies coming to the state with a lot of others close to the finish line. These are the kind of wins that will change Oklahoma.”