HomeFeatures10 For the Next 10: Nikki Nice
FeaturesIn Print 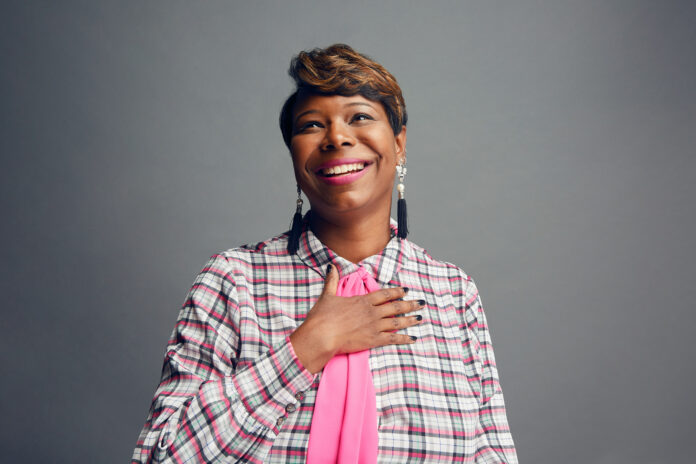 Ask just about anybody who is making waves in and for northeast Oklahoma City, and you’ll hear the name of Oklahoma City Ward 7 councilmember Nikki Nice. She can’t seem to help it: A desire to create change where she was born, raised and still lives just seems to be in her bones.

“I have a firsthand account of the frustrations and the things I grew up with and the things as a young adult I didn’t have,” she said. “I understand the politics and the community itself and the growing pains and the neglect of this community. I understand all the difficult and complicated pieces, and I am trying to put a lot of the pieces back together to complete the puzzle.”

And she’s seeing some of those puzzle pieces fit together. Homeland’s The Market at Eastpoint, a 6.800-square-foot full-service grocery store, opened a few months ago, ending a years-long food desert for the area.  This anchor fills in a redeveloped section housing businesses like a medical center, work-out facility, coffee shop and other resources for area residents. It’s certainly a feather in the cap for Nice.

“It was devastating in the beginning because we lost two stores,” she said. “It was a desperation of wanting to bring in an immediate need and to be able to say to the city, ‘Our community matters.’ It’s been a frustration that we’ve had to wait that long to have a simple need met. But now when I go, it’s a family reunion. I go down the aisles and catch up and say hello.”

She said the growth of her Ward will help stop the loss of population she’s watched for years.

“This growth will produce a hunger for our younger generation to want to stay here and be more vested in what the future looks like instead of wanting to leave,” she said. “I think generationally we’ve seen the flight of a community in different aspects because of those amenities leaving and the school system not bettering itself in ways it could be better. Now we see a spark in the community interest in coming back and being part of the growth. It’s been a great collaboration to see what leaderships and community is – re-see and re-envision and realign those things we know are best for those we live among and for those we serve.”

And to see continued success, she said diversity and inclusion at the highest levels in every sector is the key.

“I want to see more diversity,” she said. “We must have more folks that actually reflect our population in leadership roles. Not only on boards and commissions and trusts, but actual leadership. We need more diversity working for the city of Oklahoma City as directors, supervisors and managers. We can’t ask other to do the things we haven’t been able to do.”

“You have to have these things for your city to reflect and thrive as a city.”

All in the Family

All in the Family: Plenty Mercantile