HomeFeatures10 For the Next 10: T.W. Shannon
FeaturesIn Print 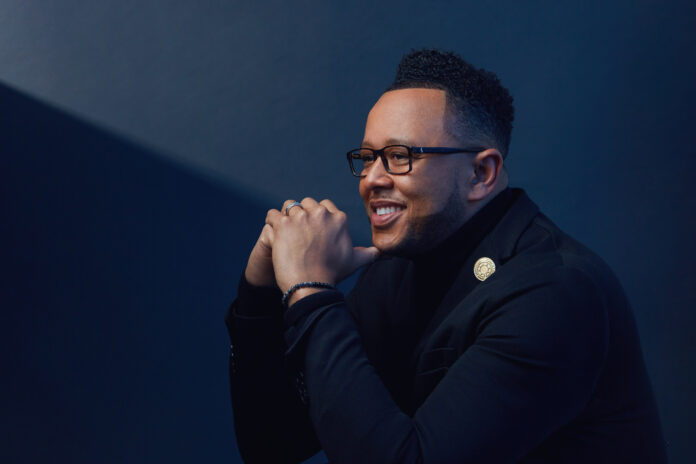 Being the first or the youngest to do something isn’t unusual for T.W. Shannon.

After all, back in 2013, he gained national attention as he was the first Chickasaw and African American, as well as the youngest, to be Oklahoma’s Speaker of the House of Representatives.

Now, he’s focused on the Chickasaw nation, serving as CEO of Chickasaw Community Bank, as he can tie back his Chickasaw heritage to the Chickasaw removal in the 1800s that brought Chickasaw people to what would be Oklahoma.

“When Gov. Anoatubby asked me to serve at the bank, it was the thrill and honor of a lifetime,” he said. “The Nation has been so good to me, and it was an opportunity to give back to them. Gov. Anoatubby has a real heart of service for his community. As corporate citizens of Oklahoma City, we have really developed a culture at the bank that reflects that commitment.”

Shannon’s deep Oklahoma roots will keep him here, but he said he will be pushing his home state for continued change.

Our state’s short history, however, means we have time to catch up, he said.

“We have such a young history,” Shannon said. “We are such a young state, and a small state, with really big dreams. Because our state is so young, everybody has an opportunity to make an impact on our state when we really grow up.”

And, he said the partnerships between Oklahoma’s tribes and its government is crucial to this growth.

“We have 39 recognized tribes who bring enormous culture, economic commerce and value to our state,” he said. “It’s a huge part of our state identity. We must embrace that, and the partnership between the city and Chickasaw Nation is the best example of that. Look at the $400 million investment in OKC right there on the river. We used to have to mow that river bottom. Now it’s a training place for the Olympics.”

Oklahoma is growing up, and T.W. Shannon will be here for it.

Unicorn Among Us: Gary Nelson

All in the Family