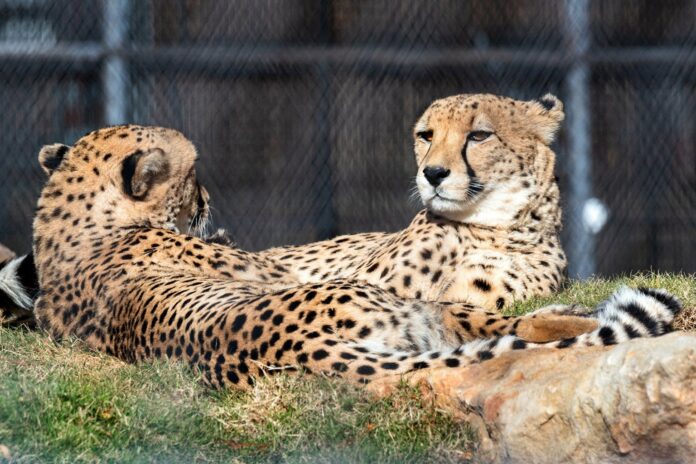 Located in the heart of Oklahoma City, the Oklahoma City Zoo & Botanical Gardens has grown into a memory-making experience over the decades—and it’s not done growing. In October of 2021, the Zoo opened its newest exhibit, the 61,000-square-foot Predator Pass.

This habitat is a home in paradise for two cheetahs, Boomer and Pistol Pete or “Pete,” as well as three African painted dogs: two females, River and Pele, and a male, Bomani. The three will eventually be introduced to the current pack of five painted dogs.

Zoos aren’t just shelters for animals; they also serve as centers for education, allowing the public to view how species behave in approximations of their natural environments. The OKC Zoo’s Predator Pass exhibit adds to the body of education, and provides guests an interaction not achievable through written text. 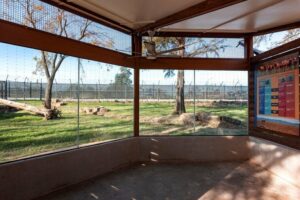 Species are disappearing from the planet at an alarming rate. For the OKC Zoo, conservation is the name of the game, and it has become more import- ant now than ever. Aside from education, zoos that engage in extensive conservation efforts maintain a focus on saving a given species from extinction and endangered futures. It is a practice enveloped in research and advocacy. However, the programs are costly and require substantial sources of income, often found through grants, private donations, and of course, annual visitors.

Predator Pass follows fast on the heels of the Zoo’s successful Sanctuary Asia exhibit. Launched in 2010, it became the largest expansion in the Zoo’s history, allowing guests to view an array of animals like never before, including Indian rhinos, Komodo dragons, red pandas, and more. In 2019, it ranked as the 7th best in the U.S. in USA Today’s 10Best Readers’ Choice Travel Awards for Best Zoo Exhibit.

As of 2020, Oklahoma City was the sixth fastest-growing city among the 25 largest U.S. cities by population. Along with growth comes the need for family activities, and a visit to the Oklahoma City Zoo & Botanical Gardens will not disappoint. Regular admission is $12 for adults. Children ages 3-11 and seniors age 65 and over are $9, while children two and under are admitted free. Be sure to plan to spend an entire day to see each exhibit, and don’t forget to experience Predator Pass.

Building All the Towers Simultaneously