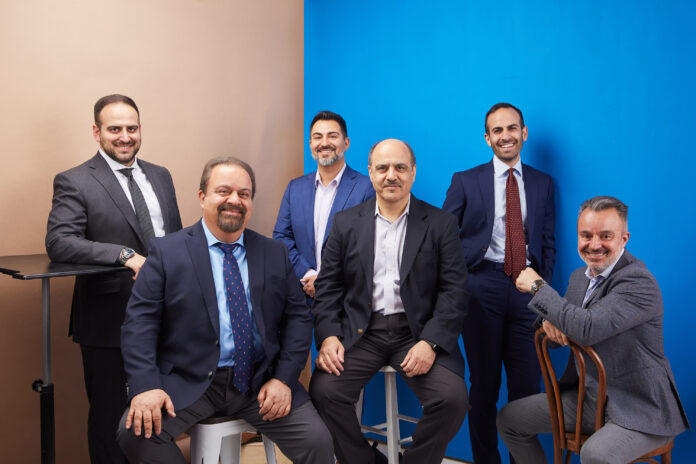 For Jalal and Mohammad Farzaneh, getting turned down for a loan actually was the catalyst of a multi generational family business.

In 1981, the brothers were fresh out of college with architecture degrees from the University of Oklahoma. The Iranian-born brothers, who were in Oklahoma on student visas, decided to find work and start their lives here, instead of returning to Iran as they had originally planned out of concern for the ramifications from the Iranian Revolution.

However, they also found resistance to being hired here because of their Iranian heritage, so they decided they’d better go into business for themselves. They found a convenience store for sale and tried to get a loan to buy it.

Mohammad told the banker about his education in architecture and how their dad was a master builder, and the banker said he’d give him a construction loan to build a house instead.

That handshake started Home Creations in 1981. The first year, they built and sold one house. The next year, they built and sold six. Three years later in 1984, they were up to 50 houses. Some lean years during the ‘80s and ‘90s reflected the struggles in Oklahoma’s economy, but by the mid-’90s, the brothers were building about 150-200 homes every year, with that number jumping to 450-500 a few years ago. Today, the company reports building between 600- 700 homes a year, constructing more homes in the Oklahoma City metro every year than any other builder. In total, Home Creations boasts building more than 15,000 homes in the last 41 years.

While they grew their business, they also grew their families. By 1994, Mohammad’s son, MJ Farzaneh, joined the company. He started cleaning houses while in high school, and now he’s the Chief Operations Officer. And the company has added three other sons to the management structure in the last several years.

“All the boys started coming in about 4-5 years ago,” Mohammad said. “We are kind of sitting back and they are growing the company. They want to be in different markets and grow the company in their own way now.”

And that own way is to play to each son’s strengths: Vahid Farzaneh is a managing partner and runs the company’s marketing efforts – along with Freestyle Creative, a full-service marketing agency he created in 2008. Hossein Farzaneh left a promising law career to run the legal side of Home Creations, and Ali Farzaneh got his doctorate in architectural design at the Architectural Association in London and spearheaded a new commercial division about a year and a half ago.

“I think that we kind of all explored what we really liked,” Ali said. “We realized the value of working together as a family and as partners, and we decided to work together as a second generation. What we have come to find out is that it allows to do what we love, so it has become quite powerful in that sense.”

Hossein made the shift when his own son was born, knowing his career would be better with family. He said he traded a corner office where he was on track to be partner and shared an office with his dad, Jalal, for the next five years.

“I loved every second of it,” he said. “It’s been five of the greatest years of my life, seeing my dad every day.”

The last two years for Home Creations have been some of the strongest, Ali said, and the family says they aim to hit about 5 percent growth each year. Now, the company is partnering with EightTwenty to make solar-powered homes an option, and they are looking to expand to markets outside Oklahoma. The second generation is pushing the company forward, and founders Mohammad and Jalal can watch it grow.

But, MJ said, the family business works because the brothers and their sons focus on their strengths and the mutual respect they have for each other.

“The secret to our success is the trust we have for each other,” MJ said.

Activists with an App

All in the Family: BC Clark Jewelers