All in the Family: Lopez Foods 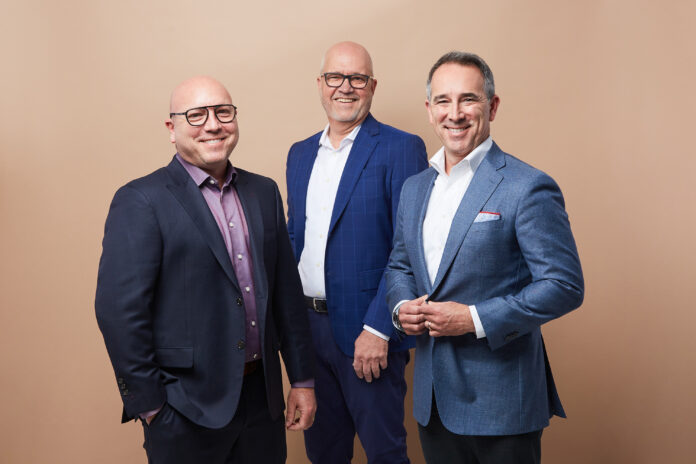 John and Dave Lopez’s parents were franchise owners of four McDonald’s in Los Angeles when the brothers were growing up.

Because of that first decision to enter in the world of franchised restaurants, the Lopez family now owns and operates Lopez Foods in Oklahoma City, supplying McDonald’s, Walmart, Starbucks and other retailers with millions of pounds of pork, beef and chicken every year.

And, after significant expansion and steady growth for decades, today, Lopez Foods boasts it is one of the top five largest Hispanic-owned companies in the United States, with revenues topping out in the billions – all while being privately owned by family and key employee-shareholders.

“My parents were one of the first 10 or 12 Hispanic franchisee owners back in the ‘70s,” said Dave, who is Lopez Foods’ vice president of sales and international business.

In the early ‘90s, McDonald’s approached their parents – John C. and Pat Lopez – about buying a food processing plant more than 1,300 miles away in Oklahoma City. And in 1992, John C. Lopez purchased the controlling interest in the plant that produced exclusively beef patties for McDonald’s. John said, for his parents, the purchase, and move to Oklahoma, was a can’t-turn-down-opportunity.

“It was capturing lightening in a bottle,” he said. “Something like this doesn’t come around very often. They were wonderful entrepreneurs who got into something special and then grew it.”

And grow they have. McDonald’s was their first customer, and they started expanding to Walmart and then Starbucks and Burger King along with an expanding line of products.

“Walmart was our second customer,” John said. “Walmart had never sold sausage patties until we brought it to them. Now it is their second highest frozen food item.”

In 2011, Lopez Foods bought and retooled a plant in Ponca City and started producing chicken, supplying chicken nuggets to McDonald’s across the nation as well as chicken to Tyson through a partnership. Today, Lopez also has a plant in Iowa and North Carolina. And, a large percentage of their pork products – which are also shipped in significant amounts across Asia – are also grown in Oklahoma.

“We try and buy as much pork from the state of Oklahoma as we can,” John said. “We get lots of pork from Guymon — 40 to 50 million pounds of pork in Oklahoma every year. We know how important that is to the state.”

But, a lot of this growth came about with a unique succession plan that actually didn’t involve family. In 2004, their father was ready to retire. And the family business brought in an outsider to join as chairman and CEO.

“He wanted to retire,” John said. “But we weren’t ready to step into the CEO role.”

Instead, they tapped Ed Sanchez as CEO and chairman, whose first job was as a McDonald’s crew person in high school and who had worked his way up to McDonald’s president of Latin America and Canada when John C. called.

“I wanted to continue the culture of family first,” Sanchez said. “I came in with the intent to keep everything intact. The business had a huge opportunity for growth, and we have grown five-fold since 2004, not only through internal growth but also through acquisition.”

However, the unique transition of power did not transition ownership. In fact, the company expanded ownership to include 14 shareholders from its 750 employees, including the Lopez family and Sanchez. And Sanchez’s son now works for the company as well.

“My dad really set the standard and foundation and we took it over and really multiplied the growth,” John said. “But without his foundation and management that he established, we wouldn’t have had that growth.”

For John C. and Pat, who started it all so long ago in L.A., John said they can hardly believe the growth of Lopez Foods.

“They are amazed at how far we’ve come with multiple plants and multiple states,” John said. “They are so proud of us.”

Activists with an App