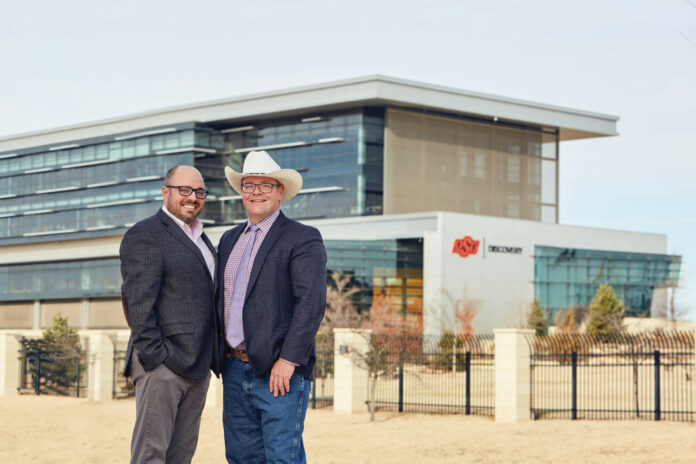 General Genomics, a bioinformatics artificial intelligence platform, sets up shop in the metro and is helping to position Oklahoma as a rapidly emerging biotech hotspot.

Three dads and a pandemic sounds like a hit-or-miss cable sitcom, but in the realm of Oklahoma becoming an emerging biotech hub – it’s a real- life catalyst.

For friends A.J. Rosenthal, Warren Gieck and Caleb Stuart, the motivation behind forming General Genomics started out quite simple: their kids.

In March 2020, work-from-home mandates were on the uptick, the news cycle was bleak and a general sense of uncertainty was hard to ignore. The pandemic was taking shape across the country, and the trio was starting to see the impact on their families. School closures were rampant – as were worries and questions from their children. At one point, Rosenthal’s then 6-year-old outright asked not just whether he would get COVID-19, but
whether he would survive it if he did.

That question was enough to spur Rosenthal to call upon Gieck, his former General Electric colleague with a background in artificial intelligence and machine learning, and later, Stuart.

Why not put their combined scientific research, engineering and legal expertise to use for good, amid a global pandemic?

“Warren was one of the heads of AI at General Electric,” Rosenthal said. “I called Warren up and I said, ‘Hey, what if we actually took a lot of our algorithms and black box equations that we used in the oil field and in the industrial space when it came to aviation, and then some of the health care models, and applied them to the human body?’”

While some of us were perfecting the art of sourdough starters – a science in its own right – General Genomics was creating a bioinformatics artificial intelligence platform to help determine a person’s susceptibility to disease and how certain treatments might affect their body based on their genetic makeup. 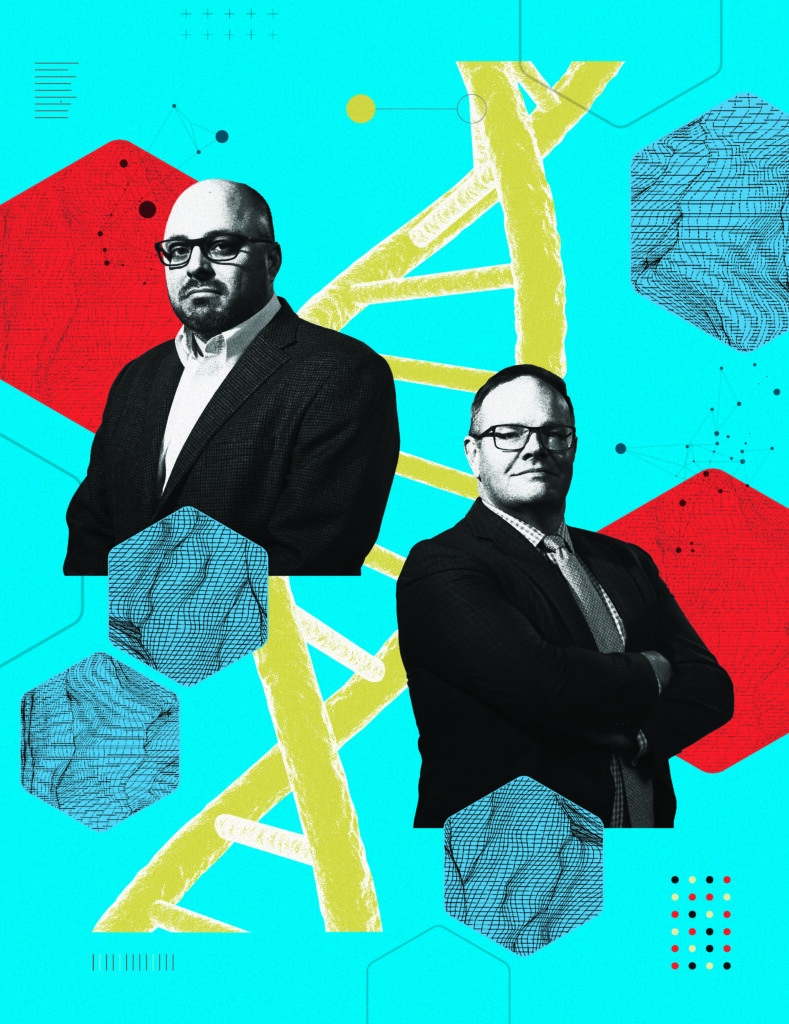 If you’re a newcomer to the world of biotechnology (presumably a great deal of us are), bioinformatics is a field that combines biology and information technology to understand biological data.

“Engineers, data scientists and doctors right now don’t really talk to one another,” Rosenthal said. “And said bioinformatics is kind of blending all those together. When you go to the doctor, do you always go when you’re super healthy? Or do you normally go to the doctor when you’re sick or hurt? Why can’t we use supercomputers to actually start predicting when we’ll start having issues?”

Rosenthal, a product of the Navy and nuclear engineering, said unifying those fields for good has the potential to improve the medical field and people’s quality of life. Doctors will better understand how to treat individuals based on more specific, personalized data (Think: understanding the likelihood of prescribing opioids to someone who may become addicted). Data scientists will be able to innovate and collaborate alongside doctors to treat – even cure – diseases (and end pandemics) faster. Individuals will gain more autonomy to make better informed health decisions. And so on.

With the predictive algorithms they’re patenting, General Genomics is able to draw numerous health correlations for individuals based on a combination of factors like genetics, supplements and environmental conditions. And eventually, they’d like to put those discoveries right in the hands of everyone, everywhere. Basically, a world where you can access a secure, electronic medical record with all of your health information and insights at any time. How, exactly? It all starts with collecting data, and by thinking about the human body like an engineer would: as a system. 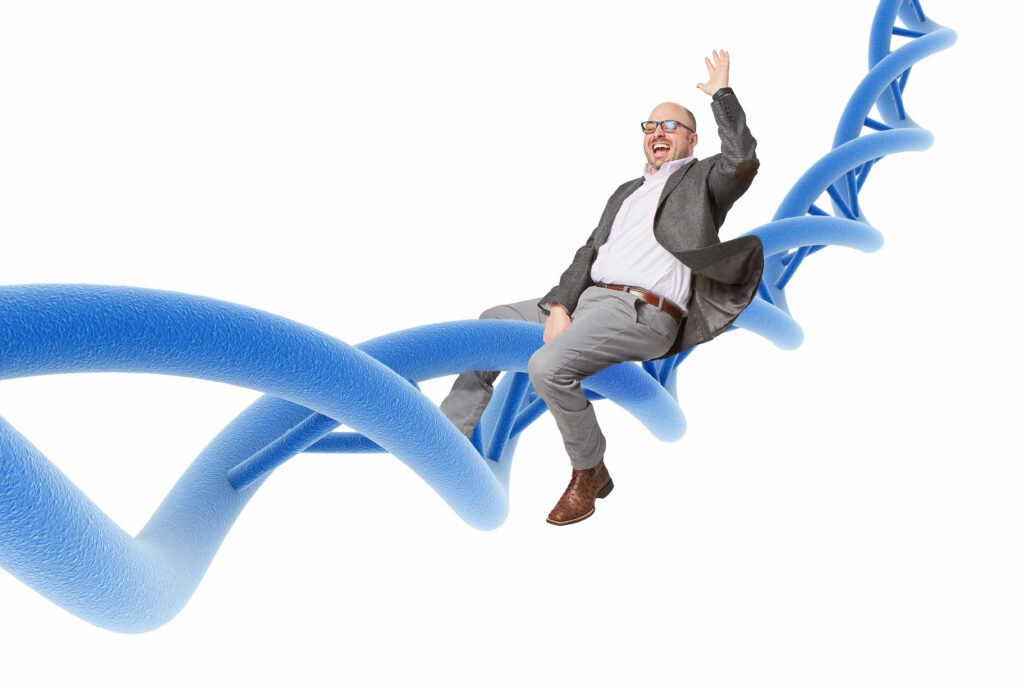 “It’s always an outside set of eyes that fix the biggest problems,” Rosenthal said. “Warren and I both come from an engineering background where we’re system failure analysts. We stare at everybody as a system. Ten fingers, 10 toes, two eyes and a nose. We’re simple. We’re not crazy complex. It’s just the derivative of the gene set that we have that built us.”

And a connection to the Sooner State doesn’t hurt, either. That was the key to accelerating this burgeoning biotech startup and setting up shop in Oklahoma.

With a robust background in oil and gas, an influential circle, a recent severance and desire to put it to good use, Klingler became their first angel investor. And it wasn’t a board room or networking event that brought Klingler and General Genomics together, but rather a serendipitous Midland grocery store run-in with Rosenthal that emboldened her to invest.

Rosenthal was working out of Midland at the time. Klingler, a part-time Midland resident, was in town from Oklahoma City on business. Their shared trip for some pandemic staples (Klingler was actually waiting for Rosenthal to stop blocking the aisle) turned into two strangers discovering other areas of common ground, including backgrounds in the oil and gas industry, former military careers, football team rivalries and a lot of motivation to solve annoyances in the healthcare industry. 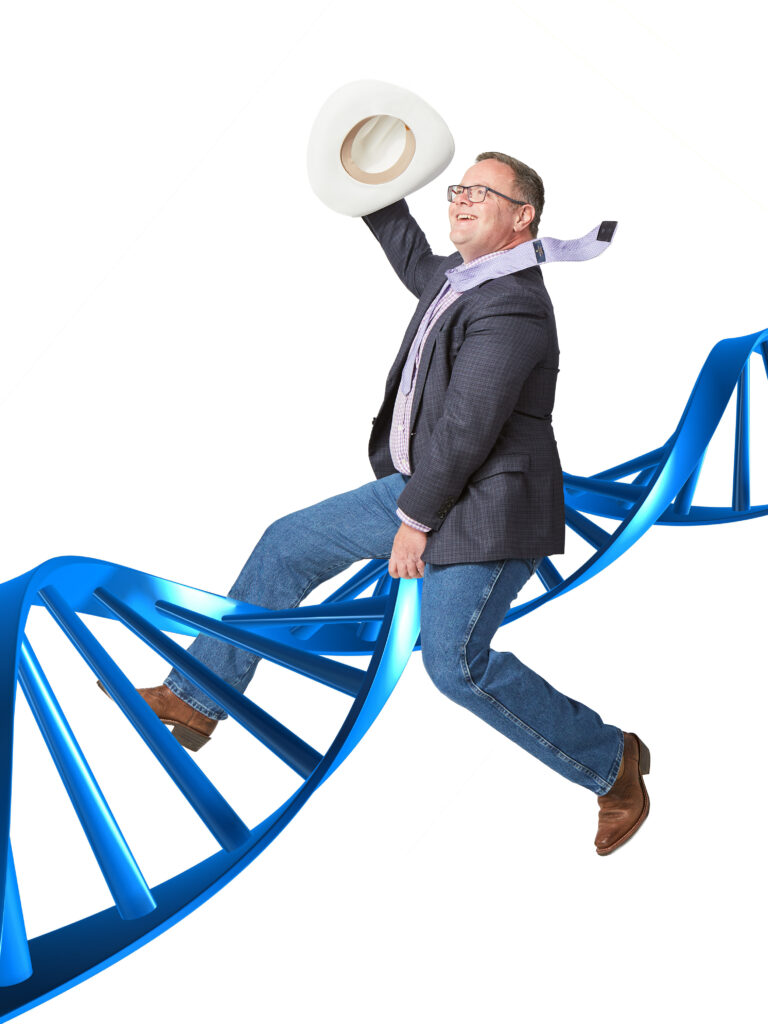 Sure, that’s a lot to unpack after bumping into a stranger at a grocery store, but it was the kickoff of pandemic shutdowns, and it was the wine aisle.

When Rosenthal explained his endeavors with General Genomics, and the ultimate goal of not just being able to determine disease susceptibility and treatment responsiveness, but a means to provide people with access to their personal, comprehensive medical data right at their fingertips, she was in.

“I knew in my gut, and my gut’s never wrong,” Klingler said. And she knew Oklahoma was a prime location for General Genomics to not only grow, but also extend its impact. With her connections, they could make it happen. Particularly in the OKC metro.

“Why Oklahoma? I was like, ‘Why not?’” she said. “You’re perfectly located, you’ve got plenty of land, it’s a low cost of living and there’s good people – there’s a lot of good people here and they want to do good things.”

Not to mention one of the country’s largest data sets dating back to the 1940s at Oklahoma Medical Research Foundation, or OMRF, in Oklahoma City, the nonprofit biomedical research
institute dedicated to helping innovators. An ideal resource for Rosenthal and Gieck, and a potential key to perfecting their algorithms.

With Klingler on board – and soon at the helm as VP of Stakeholder Relations – doors began to open in Oklahoma, along with additional funding, government support and research assistance. 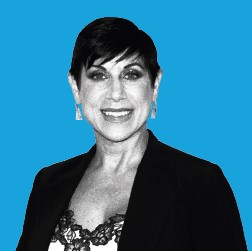 Quickly, talks with Representative McBride and Secretary of Science and Innovation Elizabeth Hutt Pollard led to funding opportunities with the Oklahoma Center for the Advancement of Science and Technology, or OCAST, an agency determined to foster innovation and expand and diversify Oklahoma’s economy with technologies such as bioscience.

And that immense data set at OMRF? Access granted.

“We couldn’t have asked for a better investor and supporter – everything from common thoughts, understanding, ideology – everything,” Gieck said. “And the push that she’s done for us has been amazing. We certainly wouldn’t be in Oklahoma doing what we’re doing if it wasn’t for her.”

That push also played a huge part in General Genomics’ most recent success: a model that can genetically predict who is more susceptible to lupus. It’s a breakthrough that would not have happened so rapidly without the vast autoimmune data set acquired by OMRF. They also are currently working with Bridges Health to develop AI powered software to serve patients in Oklahoma, in addition to forming academic partnerships with the University of Oklahoma and Oklahoma State University.

This steady success and growth have the team positive about what’s next and confident in the decision to plant roots in Oklahoma.

“We know that with some of the programs that the state of Oklahoma has – the relocation program – we can attract people here,” Rosenthal said. They see the state’s future as a biotech hub taking shape and understand the important economic impact in motion. More innovation, more jobs. More jobs, more talent. More talent, more prosperity for the state.

And while the economic potential is thrilling for the General Genomics group, it always comes back to people.

“We’re really excited for our future and to provide something that’s better for people – to empower people,” Gieck said. “We’re not there to tell you what treatments to take, we’re there to show you the options and treatments available to you, and the potential side effects. And then you can make your own decision.”