The Future of Oklahoma’s Workforce 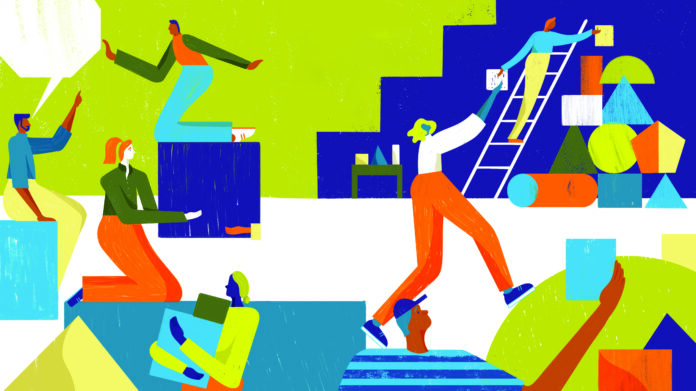 Many industry sectors are still suffering through post-pandemic workforce shortages, and newer-to-Oklahoma industries like film production are ramping up need for employees as well. Workforce development centers are adapting to bring new skilled labor to Oklahoma, but gaps remain.

But Matt Payne, co-CEO and co-founder of Prairie Surf Media, the state’s largest film production studio, said that crew is still coming in from all over the United States to supplement the workforce shortage in the film industry.

“We’re bringing them in from California, Georgia, Texas, and Louisiana mainly,” Payne said, “and we need them in every department.”

Large-scale productions like “Tulsa King,” the current Taylor Sheridan project that features Sylvester Stallone, can require as many as 400 crew members, and relatively smaller projects, like “Reagan,” the biopic featuring Dennis Quaid in the title role, need up to 200 crew. Given that Oklahoma is new to the major production landscape, it’s no surprise that we have workforce shortages. The lack of skilled and unskilled workers is a common subject post-COVID, beginning with hospitality.

Keith Paul, president and founder of A Good Egg Dining Group (Cheever’s, Tucker’s, The Drake, etc.), said staffing continues to be a major problem in restaurants.

“We hired 200 people in the last six months, and we’ve lost 100,” Paul said. “As a company, though, we’re only about 30 people short. I’ve seen others as short as 10 people per restaurant. So the problem isn’t as critical for us, but it’s still there.”

According to data from the Oklahoma Department of Commerce, the 10 sectors that needed the most employees posted a total of 54,717 job openings in the first half of 2022. Those 10 sectors include more than 1,500 employers, among them hospitals, which had 10,606 postings and 109 employers competing, with an average of 97 vacancies per employer. Full-service restaurants posted 4,378 openings with 250 employers competing, an average of 17 openings per employer. Some of the openings are certainly due to retirement, career change, relocation, etc., but the net effect is large to massive gaps in many sectors.

Payne said Oklahoma schools have been “incredibly helpful” in building the film industry, and they’re adapting their curriculum to help with workforce development statewide.

“The career tech schools have created pathways for high school students to get into the film industry,” Payne said. “And they’ve helped with adult education as well. Some skills transfer readily to film, like design and construction, and so the schools have been offering classes in construction, painting, set decoration, food styling, etc., and the classes fill up immediately. The demand for labor is there, and it seems the desire to be involved in film is there too.”

Set construction pays about $30 an hour, so the incentive is obvious and immediate. In February this year, Francis Tuttle offered a six-week set production design class – a boot camp – on six consecutive Saturdays. The curriculum covered prop building, set decoration, painting and other tasks related to creating film sets. They worked on a different aspect each week, and by the end of the class, they had converted an old, empty space into a hospital set for filming.

Amanda Fortney, the program developer at Francis Tuttle, said that upon completion, all the students were offered jobs on the “Tulsa King” project.

“All of them couldn’t say yes, but the ‘Tulsa King’ people came to the school to offer them all jobs,” Fortney said.

Payne said the increase in film tech classes is working the way career tech schools is supposed to function.

Cody Mosley is the director of workforce and economic development at Francis Tuttle. He said that during COVID the service model changed.

“We used to be reactive,” he said. “We’d wait for the needs to come to us. Now we’re identifying the gaps and creating curriculum to meet the need. It’s a much more proactive process.”

The role of career tech according to Mosley is to “craft short-term pathways” to new careers.

“We’re not bound by the same models that high schools and colleges use,” he said. “We can start a class anytime – no semesters or quarters – and we can build the curriculum to give students the essentials to get on that pathway quickly.”

Mosley said his department is designed to “target fear,” the kind of fear that comes with making big life changes like career direction. Questions like, “Can I do this?” and “How do I even get into this field?” can prevent potential students from saying yes to a new direction.

“Take manufacturing for example,” Mosley said. “Whatever you have in your head, it’s not that. I talk to parents who still think it’s a dirty job, so it’s clear that they haven’t been on a modern manufacturing floor. Our intro to manufacturing pathway takes the fear out of the unknown and equips students with knowledge and experience.”

Another sector career tech is serving is aerospace, the second largest industry in Oklahoma.

“Our aerospace pathways include work with composites, and that’s one of the fastest expanding areas in manufacturing and implementation,” Mosley said. “They’re used in aircraft, drones, windmills and other products important to Oklahoma. We also teach sheet metal work, molding process, cutting, lay up process – an array of skills for aerospace.”

While the career tech model provides solutions for industries like film, manufacturing and aerospace – and it can even help with food service in the area of pastry, general culinary and front-of-house training – it’s a process solution for one admittedly important aspect: staff training and career change or development. The complicating factor in the workforce shortage is that some jobs just aren’t being filled, and no one seems to know why, especially in hospitality.

Mosley said he believes COVID was an extended job interview for companies in which employees and potential employees evaluated the companies instead of vice versa.

“The companies were being interviewed whether they knew it or not,” he said. “Their culture, beliefs, values, pay, treatment of employees – all of it was being evaluated, and many people had plenty of time to ask if they were in the right place.”

As food service has learned painfully, many of those evaluations didn’t go well. Employees left bars and restaurants, hotels and resorts never to return (so far). The marijuana industry scooped up many of them, but others left hospitality and retail completely. Messaging by career tech schools, colleges and universities – OCCC for example has a film program – and recruiters are helping with the transitions, but a comprehensive solution is yet to appear.

For career tech, though, this is a chance to evolve into a more efficient solution for businesses, of which Francis Tuttle has already served more than 700 this year. They’ve implemented a new, $99 candidate fast-track program that covers the basics of project management, communications, problem solving, Excel I and II, and cybersecurity in 30 hours. Once complete, students get a ticket to an invite-only job fair.

“We’re producing students who become great candidates in many fields, and employers know they have the skill set,” Mosley said.

Paycom Ranks Among Fast Company’s Most Innovative Companies for 2022