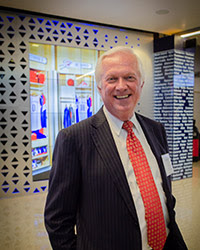 After 17 years leading the Greater Oklahoma City Chamber, President and CEO Roy Williams announced today that he will retire later this year. The organization plans to conduct a national search to identify a new leader to be in place prior to his departure.

“The impact Roy has left on this city is significant,” said Sean Trauschke, OGE Energy Corp., chair of the Chamber. “His vision as an economic development leader has helped this organization drive an aggressive agenda for growth and development. He leaves an incredible legacy for our community.”

Williams joined the Chamber as Executive Vice President of Economic Development in 2002 before becoming President on Jan. 1, 2004. He has been at the helm of the organization through two successful MAPS elections, the transition of Oklahoma City to the major league with the Thunder’s arrival in Oklahoma City, and two expansions at Tinker AFB. He was also a driver behind the Chamber’s work in criminal justice reform, retail development and more. Since joining the Chamber, the organization worked with companies to announce 88,015 new jobs and nearly $7 billion in capital investment. Those projects included Dell, Boeing, Amazon, Costco, Heartland and CACI. The population of the city grew by 340,000 and GDP by $32 billion during the period.

Clay Bennett, chairman of OKC Thunder and past chair of the Chamber, said Roy’s leadership has been pivotal for the organization. “Roy has been so much more than a typical Chamber President,” he said. “I think back to so many situations – bringing the Hornets and then the Thunder, to our work with criminal justice reform, to campaigns like MAPS – where his wisdom, insight and understanding were absolutely crucial to our success. He has always been willing to take a risk and push Oklahoma City to where it needs to be, whether we were pursuing an opportunity or fixing something that was broken. This city is a better place because of Roy Williams, and we have a presence on the national stage that is due in no small part to his leadership.”

Other projects where Williams leadership role has been critically important include the development of OKBio (Oklahoma’s bioscience industry organization), the Innovation District, Boathouse District, the creation of the Oklahoma County Criminal Justice Advisory Council and the push to expand Oklahoma City’s visitor industry with the new convention center and Omni Hotel.

David Rainbolt, executive chairman for BancFirst and past chair of the Chamber, joined Trauschke and Bennett in their appreciation. “The economic transformation over the past two decades was no accident. The development agenda in the city and the state was very intentional, and Roy’s leadership was an essential element,” he said. “Roy’s experience and understanding of these issues give him such credibility with elected officials. He has been able to articulate the issues, create understanding and build consensus to move things forward.”

“Moving Oklahoma City to a more regional approach in economic development was one of his first initiatives on arrival in Oklahoma City,” said Trauschke. “That was such a client-centric move and one that really showed his deep understanding of how to quickly move our programs to another level.”

“There is no doubt in my mind that Roy’s leadership has been pivotal for the Chamber in the success of the last 20 years. He is a leader that looks for results, not credit, and that makes him someone people want to collaborate with. And when he asks for your help, you can’t help but say yes.” Getting to yes was an important component of two significant projects at Tinker Air Force Base. “Roy was such an important piece in the purchase and transfer of both the General Motors facility and the BNSF Rail Yard,” said Trauschke. “His leadership and ability to bring the right collaborators to the table made those projects happen.”

Williams looks forward to tackling several big projects as the transition plan develops. “The transformation of Oklahoma City continues,” he said. “We have significant work to do this year and I know our team is working every day continue moving the needle for our city. I truly love the work I do here, and plan to remain in Oklahoma City and continue to support the city’s continued growth.”

Williams is not only a leader in the community, but he is also a nationally recognized leader of the economic development and chamber of commerce profession. Roy serves on the faculty for several professional certification programs, including the United States Chamber’s Institute for Organization Management and the International Economic Development Council’s Economic Development Institute. He was elected as Chairman of the Board for the American Chamber of Commerce Executives Association and served on the Board of the International Economic Development Council. In 2008, he was the recipient of the most prestigious award given by the American Chamber of Commerce Executives – the Chairman’s Award – for his significant contributions to ACCE and the chamber profession.

Williams holds a Bachelor of Business Administration degree from Texas Lutheran University and pursued his M.B.A. at Sam Houston State University. He is also a graduate of the Institute for Organization Management at Southern Methodist University, successfully completed the American Chamber of Commerce Executive Leadership Program at the Center for Creative Leadership in North Carolina and is a graduate of the Governor’s Center for Strategic Leadership for State Executives program at Duke University. 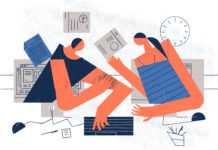 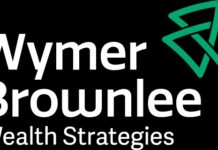