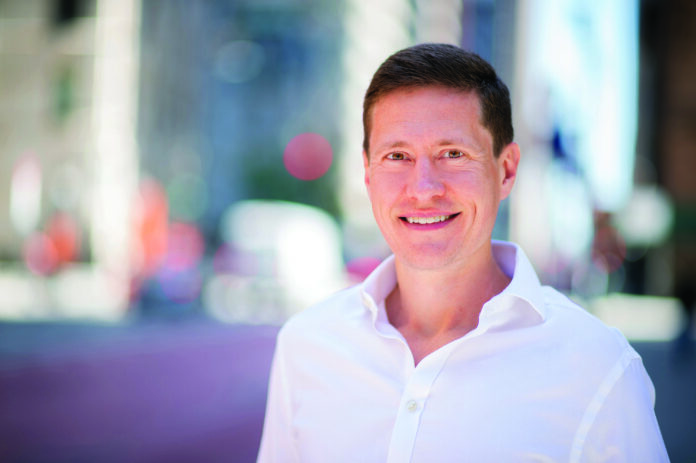 Will Cooper, cofounder and CEO of Caption Partners, a hedge fund Aubrey McClendon convinced him to move from New York City to Oklahoma City, races with the Central Motorcycle Roadracing Association on a Yamaha R6 600cc. He said it’s not thrills he’s seeking; it’s focus.

“Everything else leaves your mind while you are focused on the race,” said Will Cooper. People have assumed occasionally that the hedge fund cofounder and CEO races motorcycles because it’s a thrill-seeking behavior. But he is quick to say that, for him, the hobby is not about risk.

“A lot of people ask about risk-taking and thrill-seeking,” he said. “It’s actually not about that at all. Racing is an activity that takes my entire concentration. It takes all the brain power you can allocate, your extreme focus. It’s almost like meditation — it’s therapeutically consuming. Many parts of my life are stressful and require me to attend to them throughout the day. But when I race, everything else falls away.”

In 2014, Will Cooper had a conversation with Aubrey McClendon that convinced him and his business partner to move their hedge fund, Caption Partners, to Oklahoma City.

“Aubrey told us that in New York, our business was one among hundreds — we would have a hard time making an impact,” he said. “But Oklahoma was a great place to grow a business and find employees. And we have loved growing with Oklahoma. This is a beautiful community, where we are currently the only hedge fund. As our business has grown, we’ve expanded the team in both New York and Oklahoma City.”

Cooper started racing in college, where he got involved with racing cars. He soon discovered it was a much more expensive hobby than racing motorbikes, he said. After college, he began racing on two wheels, since he had been riding motorcycles his entire life. He now races a Yamaha R6 600cc on paved tracks with Central Motorcycle Roadracing Association, who hosts different tracks and events throughout the year.

“On the straightaways, I might go as fast as 160 miles an hour,” he said. “On some curves, I slow down to 30 or 40 miles an hour. I’ve had several accidents, but never a serious injury. A crash during a race is much safer than one on a highway — there’s no traffic, no trees or guardrails. There’s also been so much improvement in the technology of the suits and helmets. The suit I wear to race in has air bags. If I am crashing, the suit can sense that, and air bags will deploy.”

Besides giving him a place of deep meditative focus, Cooper said racing actually helps him with his profession.

“When I’m racing, I focus intently on where I can make small changes each time in order to get a faster time,” he said. “I think that kind of focus and dedication translates to success in my work as well.”