Autigen, a biotechnology portfolio company of the pharmaceutical accelerator, Ascend BioVentures, developing novel treatments for hearing loss, announced it has signed a research collaboration and license agreement with Boehringer Ingelheim to discover, develop and commercialize transformative therapies for patients with SNHL.

“We are excited to enter this collaboration with Boehringer-Ingelheim, an innovation-led company with a strong commitment to developing breakthrough regenerative and hearing loss therapies,” said Elaine Hamm, Ph.D., President, Autigen and CEO of Ascend BioVentures. “This collaboration advances our leadership position in novel therapies for sensorineural hearing loss, an approach that Autigen and our collaborators at the Hough Ear Institute, have pioneered. It marks the first major licensing partnership out of our pharmaceutical accelerator, Ascend BioVentures and will enable Autigen to advance its novel therapy approach to restore SHNL for patients, who currently have no approved pharmacological or biological treatment options.”

Under the terms of the agreement, Autigen will receive an undisclosed upfront payment and research funding support. The company is also eligible to receive future success-based milestone payments of a total potential value of more than $100 million, if all milestones are achieved over the course of the partnership. Autigen is also eligible for royalties on products derived from the partnership. After a joint research collaboration phase, Boehringer Ingelheim will be responsible for further preclinical and clinical development, and commercialization.

About 430 million people suffer from moderate to complete hearing loss worldwide, a number expected to rise to about 700 million by 2050. Hearing loss can significantly impact multiple aspects of life, including the loss of the ability to follow spoken conversations. Hearing loss contributes to increased risk of dementia and cognitive decline. Deafness in early life, if left unaddressed, is associated with poor development of spoken language and higher unemployment rates in later life. In addition, hearing loss represents a significant psychological burden such as loneliness, isolation, depression, and anxiety.

SNHL, which can eventually lead to deafness, accounts for about 90% of reported hearing loss cases and is related to a degeneration of sensory hair cells (HC) in the inner ear. 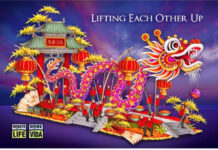 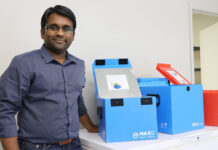 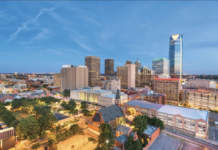