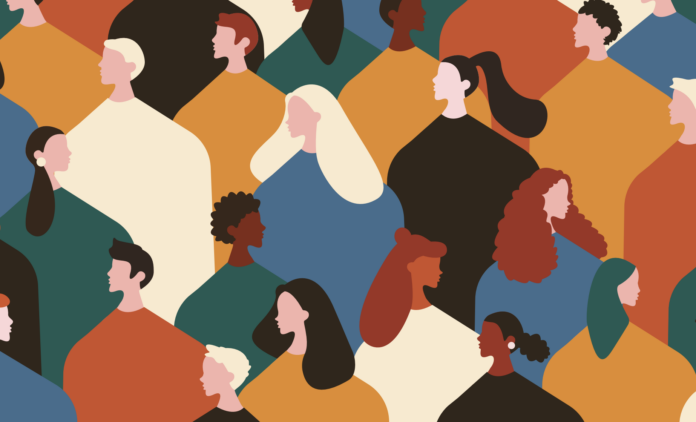 In just nine months, Oklahoma City has become home to 1,000 Afghan refugees, part of the 95,000 total Afghan refugees who fled to the United States after the fall of Kabul to the Taliban in August 2021. Brad Bandy, director of community development and one of the founders of The Spero Project, a nonprofit organization that assists resettled refugees, discusses the possible economic impact of the refugees, how this resettlement mirrors the Vietnamese refugees OKC saw in 1975 and what resources are needed moving forward to help this community prosper.

More than 1,000 Afghan refugees have arrived in Oklahoma City through the Catholic Charities-OKC resettlement program since September 2021. Obviously, this is a dramatic increase, but how does this compare to typical years?

Catholic Charities is the only federally authorized resettlement agency in Oklahoma, but how does The Spero Project work with the refugees, and what kind of resources do you both provide?

Yes, Catholic Charities is the only resettlement agency in Oklahoma City, and they have been working diligently to receive evacuees and provide services upon arrival. This includes securing housing and food, accessing social services, employment placement and much more to ensure successful long-term resettlement.

Following the arrival of our Afghan neighbors in particular, Spero added over 25 English classes to meet the level and geographic needs of the community, we are adding after school programming to apartment sites where groups of families are living, and created a transitional education program to serve the academic needs of students living in temporary housing while their long-term housing is secured. The Spero staff team also focuses on helping neighbors feel secure by acting as “cultural brokers” (a term we learned from Mary Pipher) and advocates, partnering with families as they learn to interface with medical, social, employment and schooling systems in the United States.

In five or 10 years, what do you foresee possibly happening with this group of people as they become established in Oklahoma?

We believe that a city is an iterative process. Those who live in it might feel like it’s ‘ours’ to offer ‘them.’ But a city is always remaking itself, always becoming ‘all of ours’ again and again as new neighbors become part of the ‘our.’ I think a healthy city remakes itself to include the wholeness of all its residents – all that they offer to the collective and all that they need from it to be safe and secure. I hope that within five to 10 years, our city has been remade to include the incredible character our new neighbors bring with them – the hospitality, the depth of community, and the generosity. And I hope our city has expanded to offer all the resources and networks and opportunities that help make Oklahoma City a place of true belonging. It’s important to say clearly that I don’t intend to romanticize forcible displacement. Even though I truly value every bit of life I get to share with my new neighbors, I wish so much that my friends were able to live a safe and peaceful life in their home country. A way in which I hope we show respect to the sacrifice our neighbors have made is to learn from them and remake a city that’s better for having welcomed this community well.

In 1975, Oklahoma City became home to many Vietnamese refugees, who fled Vietnam following the fall of Saigon. Today’s Asian District flourishes thanks to many of these original refugees and new immigrants who came because of the success they saw. How did this initial influx of Vietnamese refugees help change the economic landscape of Oklahoma City?

The Vietnamese community has had tremendous cultural and economic impact on Oklahoma City and continues to help shape our community. In addition to so many other valuable contributions, the creation of a thriving Asian District has driven significant economic growth and tourism. I think it’s a real demonstration of a community-focused culture, of resourcing each other, of commitment to family, and of incredible work ethic. And, similar to what we see so consistently in any resettled community, it’s humbling to hear stories of parents who sacrificed so much to ensure their children and grandchildren have an opportunity for strong futures.

From your work with the Afghan refugees now calling Oklahoma City home, what kind of new businesses or entrepreneurship endeavors could be possible from the efforts of collaborations of these new residents?

Our new neighbors bring such a wide array of backgrounds, interests and skills with them. I know I’ll continue to be inspired and impressed by all the creative avenues to entrepreneurship we see coming from this community for years to come. Some of the goals I’ve already heard about are related to restaurants/catering, mechanics, art, fashion and more.

What services or opportunities do these refugees need to begin to flourish in Oklahoma City now?

Our neighbors are thriving in places where they have access to relational networks, not just programs and services. Employers who are willing to take a few extra steps to recruit and onboard new neighbors make an incredible difference in the trajectory of a family. So do caring educators, landlords offering fair prices for quality housing and so many more parts of the city that can work together to make the city a place of belonging.

Unlike those who arrive through traditional resettlement, Afghan neighbors arrived with a temporary status that offers no pathway to citizenship. … As it stands now, every individual of any age must apply for asylum or SIV status, neither of which historically offers a high rate of approval. So, two main resources are needed. One is to advocate for the Afghan Adjustment Act which would allow for all evacuees a pathway to permanent residence without asylum or SIV applications. … The second is for legal professionals to offer their time to the OKC Afghan Legal Network, led by an incredible group of immigration attorneys. …

Volunteer attorneys will receive training and support as they partner with neighbors. We encourage attorneys who could volunteer toward this end to check out okcaln.org. We are so grateful for this network and all they are doing for new neighbors!